The California Department of Fish and Wildlife (CDFW) has launched a pilot program that makes it easier for the public to report wildlife and pollution crimes with their cell phones. 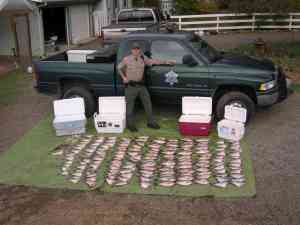 Tipsters can now text anonymous information, including photographs, to the Californians Turn in Poachers and Polluters (CalTIP) program via “tip411” (numerically, 847411). Wildlife officers can respond directly, resulting in an anonymous two-way conversation.

Users must start the text message with the word “Caltip”. 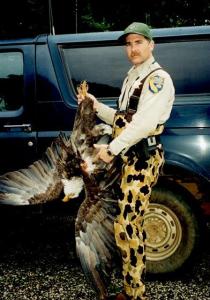 In conjunction with tip411 (847411), CDFW  is launching a CalTIP smartphone application which similarly enables the public to share an anonymous tip and/or photograph with wildlife officers and lets the officers converse anonymously with the tipster. The CalTIP App can be downloaded for free via the Google Play Store and iTunes App Store. Standard message and data rates may apply.

Anonymous tips can also be submitted right from CDFW’s website at www.dfg.ca.gov/enforcement/caltip.aspx.

Both the CALTIP App and tip411 are completely anonymous, as the technology removes all identifying information before wildlife officers see the tips.

“We believe the public is our greatest law enforcement resource,” said CDFW Lt. Michael Milotz, CalTIP coordinator. “Tip411 and the CalTIP App will give us another tool to combat pollution and the unlawful take and commercialization of California’s wildlife.”

During the two-month pilot period, CDFW will collect usage data to help determine whether tip411 and the CalTIP App will be permanently added to the CalTIP program.

CalTIP is a confidential secret witness program that encourages the public to provide factual information leading to the arrest of poachers and polluters. The program is funded by penalty assessments generated by fines from wildlife violators and polluters. The existing CalTIP confidential secret witness phone number, 1-888-334-2258, will remain operational 24 hours a day, seven days a week.

Wildlife officers encourage anyone who witnesses a poaching or polluting violation, or who has information about a violation, to report it using any means available.